4'th-Year Undergraduate CS Student at the University of Toronto Ideashare is a idea-sharing platform that incorporates Natural Language Processing (NLP) to better interpret people's descriptions of their ideas and allows people to search them. It also shows a preview of the tags applied to the idea, where the user can add additional tags or remove them in order to increase the accuracy of the search.

This project is done at HackTheNorth 2016 with Harry Zhang.

HNotifier is a hackathon information & communication software made during a hackathon. It is a mobile application that allows information sharing such as schedule, remaining time, and events. It also allowed administrators to create push notifications to the participants of the hackathon.

This project is produced together by Jacky Liao, and Benjamin Cheng during MasseyHacks II. 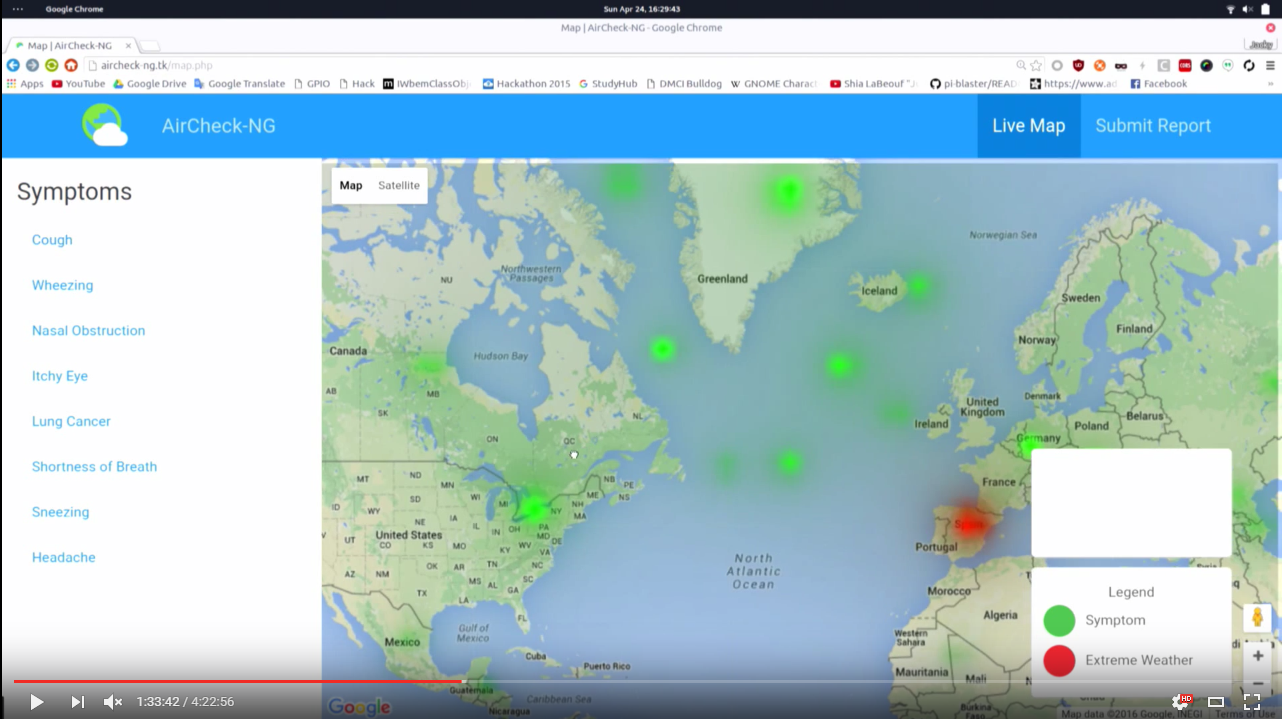 AirCheck-NG is a air quality tracking tool that obtains and analyzes reports for health conditions caused by poor air quality. It has an public interface where people can report the symptons and severity using sliders. On another page, people can view the reports and weather patterns on a map.

This project is produced together by Benjamin Cheng, Aaron Du, Henry Gu, Jacky Liao, and Harry Zhang during NASA SpaceApps.

AuthFID is a dedicated device with a touch screen, that provides users with their two-factor authentication keys. It uses RFID to authenticate the user, which is very simple and fast. It is built using single-board computers such as Arduino and Raspberry Pi.

This project is put together by Benjamin Cheng and Jacky Liao during Hack Western II.

I am very interested in competitive programming, which involves using different algorithms and data structures in order to solve problems efficiently.

I do programming practice on different online judges, and I post my solutions to the problems on my GitHub repository.

You can view my profiles at various websites as well as my GitHub repository by clicking on one of the links to the right.